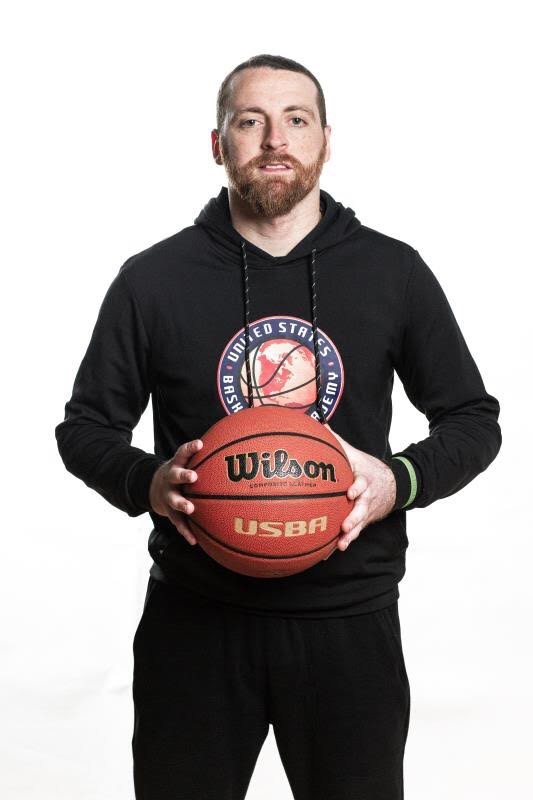 While in high school, basketball athlete Tim Respass ’13 thought about becoming a coach. Growing up in Philadelphia he dreamed of coaching basketball for a U.S. college team or scouting internationally, but he did not imagine that he might one day live and coach in China. He’d never even left the United States!

The self-described quiet kid’s path to Bucks didn’t happen right after high school. In fact, Respass got sidelined while enrolled at Manor College after a concussion from car accident forced him to drop out of school for a while. When he recovered, he moved to Feasterville with his mom and enrolled at BCCC as a sports management major where he played on the basketball team. He enjoyed the physical education, business management and marketing classes.

“Basketball kept me in school at the time. I’m not sure if I would have tried to stick it out had it not been for [the game.]”

Respass cited people who he came to admire and respect at Bucks: “Dr. Scott Bradshaw, Steve Coyne, and Justin Burroughs. Even if I wasn’t in that class, I’d still come by and talk with them,” he said.

Respass recalled an assignment that sticks with him today. “When I was finishing up (and I can’t remember if it was for a class or something I had to do for graduation), but I had to write a long report about two-year college athletics, because that’s where Bucks is, and the importance of athletics on campus especially on a small community campus.”

This report prompted an in-depth discussion with his professor.  Respass said, “It got me to understand the importance of athletics not only for small colleges, but for communities in general.”

After graduating from Bucks, Respass earned a bachelor’s degree in business management from Penn State. He coached basketball for a year at Bucks and over the next five years went on to coach at other institutions including a Tennessee prep school. Then, about a year and a half ago while scouting different opportunities, he saw a job posting on hoopdirt.com and applied for a position as a basketball coach in China. He admits to forgetting about making the application when several months later, he received a phone call followed by “great conversations” about the opportunity.

Ultimately, he accepted a position for USBA China coaching basketball in the city of Chongqing home to 32 million people. Not surprising, when it came within two weeks of his move to China, Respass became scared, never having been beyond the eastern seaboard much less outside the United States. But he researched and learned that Chongqing was both one of the fastest growing and technologically advanced cities in the world, and his family supported and encouraged him to go.

Chongqing’s city center reminds him of New York City’s Times Square, and with its big shopping malls there’s much to see and do. Respass works at one of USBA China’s 20 city-based academies. Each has its own gym where they provide classes to children from ages 4 to 18. He coaches with a translator which took some adjustment, but he enjoys the drills as well as teaching young players the meaning of the English words.

His Bucks experience helped him to better apply lessons learned in athletics. “Even in China as I teach younger kids, I like to apply real life situations and how different types of personality traits that you can pick up in basketball can help in other situations whether it be at home in family, or at school, or as you get older and get a job.”

Respass realized his dream of coaching basketball and helping kids to grow athletically. In addition, he’s now the district director of Chongqing city’s two gyms. He leads all of the coaches, both foreign and Chinese and enjoys helping them to develop their understanding of how to coach. He expects to continue living in China for the foreseeable years to come. Had you told him 15 years ago he’d be happily coaching basketball in China he said, “I never thought I would be comfortable enough to live there for a long period of time.”

Recently, Respass returned home for a visit and attended the alumni game at Bucks. “I was really happy to see how Bucks looks now. I remember when I was [on Newtown campus]. I thought there was a lot of potential for the entire community and school.”

About his place in the world and for current and future BCCC students, Respass said, “Take chances with different opportunities. I’m proof that a just a little out of the box thinking, maybe a little different path—I took a chance with a different opportunity and it worked out for me. Some things won’t work out, but that’s why you keep trying.”