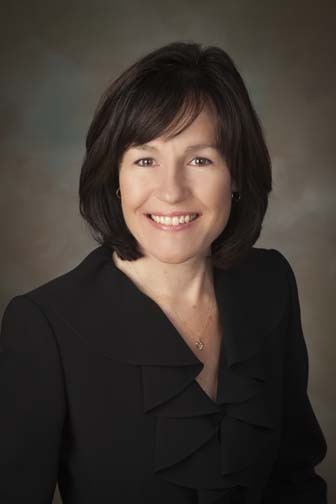 Back in 1987, Neshaminy High School senior Connie Stopyra (Furman) had a dream to continue her education but she faced a financial reality. While her parents offered the support of a warm home, they could not provide college tuition.

“I knew that financially, college would be my responsibility. I planned to go to school full-time and work part-time because I would have to pay for tuition, books and my own car,” Furman said.

But money wasn’t her only consideration. “I’m naturally a shy, introverted person. The thought of going away to a large school and being with a lot of people I did not know would be out of my comfort zone. So, Bucks for me both personally and financially was the perfect choice,” she said.

Furman began working at The First National Bank and Trust of Newtown and enrolled at Bucks as an accounting major. Today, with 30 years of work behind her and as the bank’s Executive Vice President, Furman can say, “I wanted to do something very important and feel very fulfilled in my job. But I never really thought of myself in an executive position.  Not that I couldn’t, but that I never saw how that might be possible.”

“But once I started Bucks—once you get through your first semester, it empowers you for the next venture. What I was exposed to at Bucks slowly got me out of that shell that I was in,” Furman said.

Personality-wise Furman’s success is a bit shocking. “Sometimes I have to pinch myself to see if it’s really me. I have always wanted to make a difference. Not only am I involved with the college, but that’s opened up other doors in the community where I’m serving on other boards where I can make a contribution. And, I’m not shy about that anymore.”

Furman has volunteered with Bucks County Opportunity Council for about 10 years and recently began serving on its board. She also serves as President of the Board of Directors of the Bucks County Community College Foundation after having held other board positions. She appreciates the helpfulness and support of Tobi Bruhn, Jenny Salisbury and Christina McGinley of the foundation who continue to challenge her.

Students who are returning to school after a long hiatus or who are fresh out of high school are not always sure what they want to do with their lives but, Furman said, “Bucks is that place to become sure. Bucks will give you that well-rounded first step to make that decision.”

“My core classes were very dynamic, very challenging. That was my springboard and it really prepared me for my transferring. When I moved forward I had the foundation I needed,” she said.