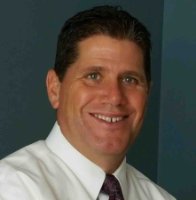 Bucks: Your Next Stepping Stone

Not every college career begins as expected.

Like many high school seniors, Michael Johnson applied to several colleges with his heart set on one. The Council Rock grad had been accepted to three out of the four colleges to which he applied, excited to embark on his plan to become an engineer. The trouble was, the school that didn’t choose him was the one he’d wanted to attend most.

Truth be told, Johnson didn’t want to go away to a school especially one that he wasn’t thrilled about. He decided the best plan would be to enroll at Bucks County Community College. That way he could attend classes while living at home, work part-time at a grocery store in Richboro during the school year, and spend summers working nearby at Point Pleasant Canoeing and Tubing.

Johnson enrolled at Bucks as an engineering major, but during his third semester switched his major to business. “Best move I ever made,” Johnson said.

He’d sailed through Calculus I and Calculus II. He nailed Chemistry I and II and then, he said, “I thought I knew physics but I flunked my mid-term. I mean completely failed it, and I said, ‘Okay, this isn’t going to work.’ So, I switched my major to business. Business came so much easier.”

Between work and classes, Johnson managed to be part of the flag Football Club. Although a business major, Johnson best recalls his English Comp professor Chris Bursk. “It was my least favorite class but yet he was the one I remember the most. He was a good teacher.”

In the spring of 1983, just before graduating from Bucks, Johnson began working as a bank teller. He went on to Philadelphia College of Textiles and Science (Philadelphia University) to earn his Bachelor’s degree and Rider for an MBA in Finance.

In the early 90s just after Johnson had earned his Master’s degree, he made a connection with a client of the bank (who was the dean of Bucks’ Business School.) He was asked to teach a business management course at Bucks while he continued working in his full-time position at the bank. He had come full circle back to Bucks.

Johnson is responsible for the profitability and growth of the bank’s commercial loan portfolio as well as the management of its 10 lenders. When he’s not working, Johnson enjoys golf, movie-going and visiting the Caribbean with his wife and children. For over a decade, he and his wife have also enjoyed playing intramural volleyball on a regular basis.

As the current President of Bucks County Community College’s Alumni Council, Johnson offers this take on his experience at Bucks: “Give it your all. You have to persevere through everything. I probably appreciate Bucks more today than I did when I was there. It’s really a great school. Take it and run with it. Think of it as your next stepping stone.”