Tsering Wangmo Dhompa is the author of the poetry books, My Rice Tastes Like the Lake, In the Absent Everyday, and Rules of the House (all from Apogee Press, Berkeley) and three chapbooks of which Revolute was published in 2021 by Albion Books. Dhompa’s first non-fiction book, Coming Home to Tibet was published in the US by Shambhala Publications in 2016 and by Penguin, India in 2014. She was born in India and raised in the Tibetan refugee communities in India and Nepal. Dhompa teaches in the English Department at Villanova University. 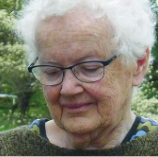 Julie Cooper-Fratrik is a former Bucks County Poet Laureate, winner of an Achievement Grant from The Leeway Center in Philadelphia, and winner of the first Robert Fraser Poetry Award. Her books include The Space of Appearances, Breathing Lessons, and Further Lovely Lettuce Lore. She has published book chapters in Tupelo Press Quarterly and Under the Sun (Texas Tech Press), and poems in, among others, Fourth Genre, Rhino,The American Poetry Review, The Louisville Review, The Mississippi Review, Hayden’s Ferry Review, and Quarter After Eight.

Hosted at The Orangery and on zoom

J.C. TODD is the author of Beyond Repair (Able Muse Press, 2021) and The Damages of Morning (Moonstone Press, 2018), a finalist forthe 2019 Eric Hoffer Award, as well as chapbooksand collaborative artist books. Winner of the 2016 Rita Dove Poetry Prize and "Commended" in the 2021 Poetry Competition of the Poetry Society of the UK, she has held fellowships from the Pew Center for arts and Heritage and the Pennsylvania Council on the Arts. www.jc-todd.com 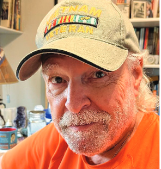 BILL WUNDER’S poem “Looking Through Old Family Photographs” was chosen as a co-winner for First Prize in the 2022 Allen Ginsberg Poetry Awards. He is a poet, editor and the author of four volumes of poetry. Bill’s book, Hand’s Turning the Earth was a national finalist in the Next Generation Indie Book Awards. He is a two-time Pushcart Nominee, and a former Poet Laureate of Bucks County, Pa. His newest volume of poetry is Welcome to Paradise, New and Selected Poems. Bill’s poems are widely published, and recently, some of his work became a permanent part of a Living Anthology on War Memories published in Revue LISA (Le Mans, France). A Vietnam veteran, Bill works with the V.A. on poetry workshops for veterans with Parkinson’s Disease, and for many years was the Poetry Editor of the Schuylkill Valley Journal.

As the founder and leader of the renowned Wordsmiths series, Bucks County Community College has distinguished itself among Philadelphia-area colleges and universities, and has become the home of a vibrant community of writers, poetry lovers, and supporters of the arts. Wordsmiths readings are always widely attended. Guest writers are often paired with inspiring local ones, and the audience is typically made up of a lively mix of students, faculty, and the community at-large. The series gives students the opportunity to connect what they learn in the classroom with the wider world by attending high caliber free readings on their own campus. Simply put, the series places Bucks County Community College at the center of the region’s literary life.