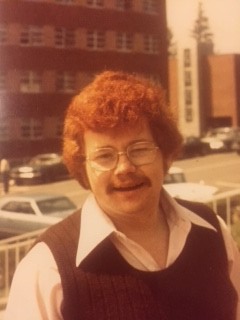 What do Big Wheels, student government and the game of pinochle have in common?

Probably nothing. But, for Class of 1972 alumnus Frank Koehler, these things and more converged to stir his passion for government and community service during his years on the Newtown campus.

When he enrolled at Bucks County Community College, Koehler forged an obvious path with math and physics classes since those were where he exceled in high school. But the three-hour gap between those classes allowed the young Koehler a lot of time to focus his interest on the robust pinochle club that often caused him to miss physics labs.

Koehler credits professors Marty Sutton and Kingdon Swain with helping to adjust his compass. "I took their classes in state and local government and it lit a fuse. I started going to summer classes by sophomore year and knew that the poli-sci path was what I wanted to follow," he said.

Those five years at Bucks prepared him well. Koehler engaged in student government, student affairs and recalled, "I spent time with Bill Sherman [former Director of Student Life] in his office generating a quarterly newsletter."

Koehler remembered snippets of his Bucks experience; spending time in the student government coffee house in basement of Tyler Hall, "the time Chuck Rollins [founding president of Bucks and namesake of the Rollins Center] had us over to his house one night for dinner," and an April 1st Car Club bike rally where students raced Big Wheels in the Quad.

The associate degree that Koehler earned from Bucks prepared him to obtain a bachelor's degree in political science from Mansfield University. He went on to earn a master's degree in government and urban studies from Lehigh University which included an internship with the mayor's office in the City of Bethlehem. Even as he pursued these, he continued to return to Bucks for summer classes for the sheer joy of learning.

Koehler's experience has taken him to city government in Bourbonnais, Illinois, about 60 miles outside of Chicago. He has also taught at the local community college, and worked in community and economic development, city administration and various non-profit endeavors. He currently serves in the local Rotary Club.

Given his success, Koehler offers these suggestions for today's students: "Be open-minded, embrace diversity and pursue things outside your comfort zone. What better time to do that than where you are right now."

Taking his own advice to heart, Koehler is not averse to stepping beyond the familiar. Just a couple of years ago he went to the local theater to see a play called Flanagan's Wake, an interactive, improvised Irish funeral.

"After about 4 or 5 Guinesses I said, 'well I can do this' and I've done improv for the last number of years. You get up and really kind of open yourself up. I joke that I do it the first and third Monday of each month. That's my city council meeting... You don't know where [the questions] are going to come from. It prepares you for the unexpected and engages you in active communication."

To those considering community college, Koehler said, "Go for it. There are so many challenges that a new student faces for social growth, but as far as trying to get direction...open yourself up to all sorts of possibilities. It's an affordable way to get a direction of your life. It's a quality education."