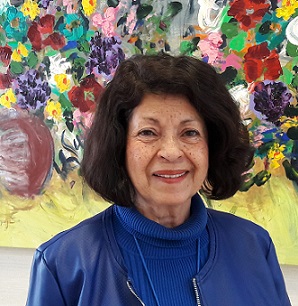 Nereida McCulley-Breustedt, LPN, AD, CTM has been a Licensed Practical Nurse since 1967 and for the past thirteen years has been affiliated with Penn Cardiac Care of Mercer Bucks Cardiology as a clinical programs coordinator and triage nurse. She specializes in community relations, and women’s heart health. She teaches the community on signs and symptoms of heart disease, conducts free women's heart heath screenings, sets up programs on coronary artery disease, and is an advocate and speaker on signs and symptoms of heart disease and stroke.

Nereida is the founding member and former founding board member of Gildas CLUB Delaware, a non-profit organization providing emotional and social support to cancer patients, families, friends, and children affected by cancer. In addition, she chairs a basket bingo fundraiser for this charity for the past nineteen years. Nereida is also a Reach to Recovery volunteer for the American Cancer Society, Vice President of the Puerto Rican Cultural Association of Bucks County, and the chair of their scholarship committee. Nereida was selected as Miss Hope for American Cancer Society for teaching groups of women the danger signals of cancer and of smoking in 1979.

Nereida’s motto is, “Ladies, take care of yourself first, so you can be there when your loved ones need you”.  She learned how important this was 21 years ago when she was diagnosed with breast cancer and had to place her studies on hold. She returned to Bucks and proudly graduated in 1998. 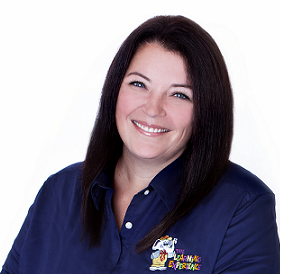 Since 2013, Jennifer Eckfield has been the owner and operator of The Learning Experience Doylestown, an academy of early education for children from the ages of six weeks to kindergarten. Throughout her career, she has worked as a teacher, mentor, and administrator. She has had the privilege of watching many triumphant teachers, often in situations that would overwhelm most, transform students at risk of failure into achievers and believers, and rewrite the equation of opportunity. Her mantra has always been, "Changing the world one kid at a time.”

Jennifer teaches her students about philanthropy while encouraging parents to get involved by supporting a different local nonprofit organization through projects each month. She collects food for the Bucks County Opportunity Council, has the children create artwork which is then auctioned off and all proceeds are donated to A Woman’s Place and the Make A Wish Foundation, to name just a few.

Jennifer is an active member of the Central Bucks Chamber of Commerce Board of Directors, is co-chair of their Women in Business Committee, and has co-chaired their Gourmet Getaway twice. She has also participated in the Buckingham Friends School Auction Committee, and was a member of the planning committee for Bucks County Community College’s first annual Women’s Entrepreneurial Summit. 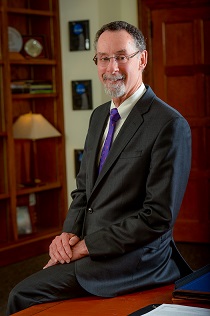 Dr. Christopher M. Fiorentino graduated from Bucks in 1973 and transferred to Temple University. Bucks “gave me the direction I needed because I found out what I was interested in” (economics). At a recommendation from Profession Martin Sutton, Christopher taught economics at Bucks from 1978 to 1983. He then taught at West Chester University (WCU) while working on his doctoral degree in economics.

Christopher has been active in numerous leadership roles on campus, helping to secure AACSB accreditation for the School of Business; developing off-campus academic centers, including the Graduate Center in West Goshen Township; and working with faculty and supporters to create the Cottrell Entrepreneurial Leadership Center. As vice president for External Operations, Christopher helped WCU fulfill its mission to serve local communities and the Commonwealth as a source of knowledge and skill development, a research center, and a service provider.

In 2015, Christopher received a citation of appreciation from the Chester County Commissioners for his 15 years of service as president, vice president, secretary, and treasurer of the Chester County library board, and for leading the county system’s strategic planning process. He is married to WCU alumna and assistant professor Susan Fiorentino. The Fiorentinos have three children and two grandchildren. 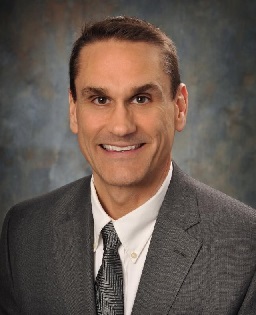 In academia, Dr. McFarland has been honored with a numerous teaching, advising, leadership, and innovation awards. In addition to his Associate's of Arts degree from Bucks County Community College, he holds a Bachelor's of Science in Commerce & Engineering, an MBA, and a Ph.D. in Decision Sciences from the LeBow College of Business at Drexel University. He attributes many of his professional successes to the solid educational foundation he obtained at Bucks. 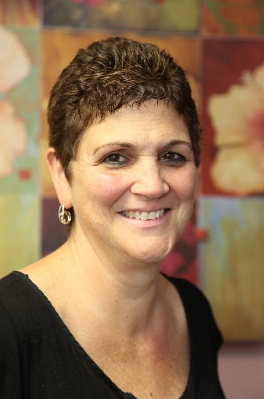 As an entrepreneur with a passion for working with children, Cheryl Campbell graduated from Bucks County Community College in 2013 with an Associate's of Arts degree. While working for the Bucks County Intermediate Unit #22, she founded her own 501(c)(3) called The Christmas Gala, a non-profit organization that serves low income senior citizens throughout Bucks County. Starting the organization out of her living room, Ms. Campbell has since taken the organization to its own office space in Bristol, Pa., and recruited more than 40 volunteers as the full-time executive director. 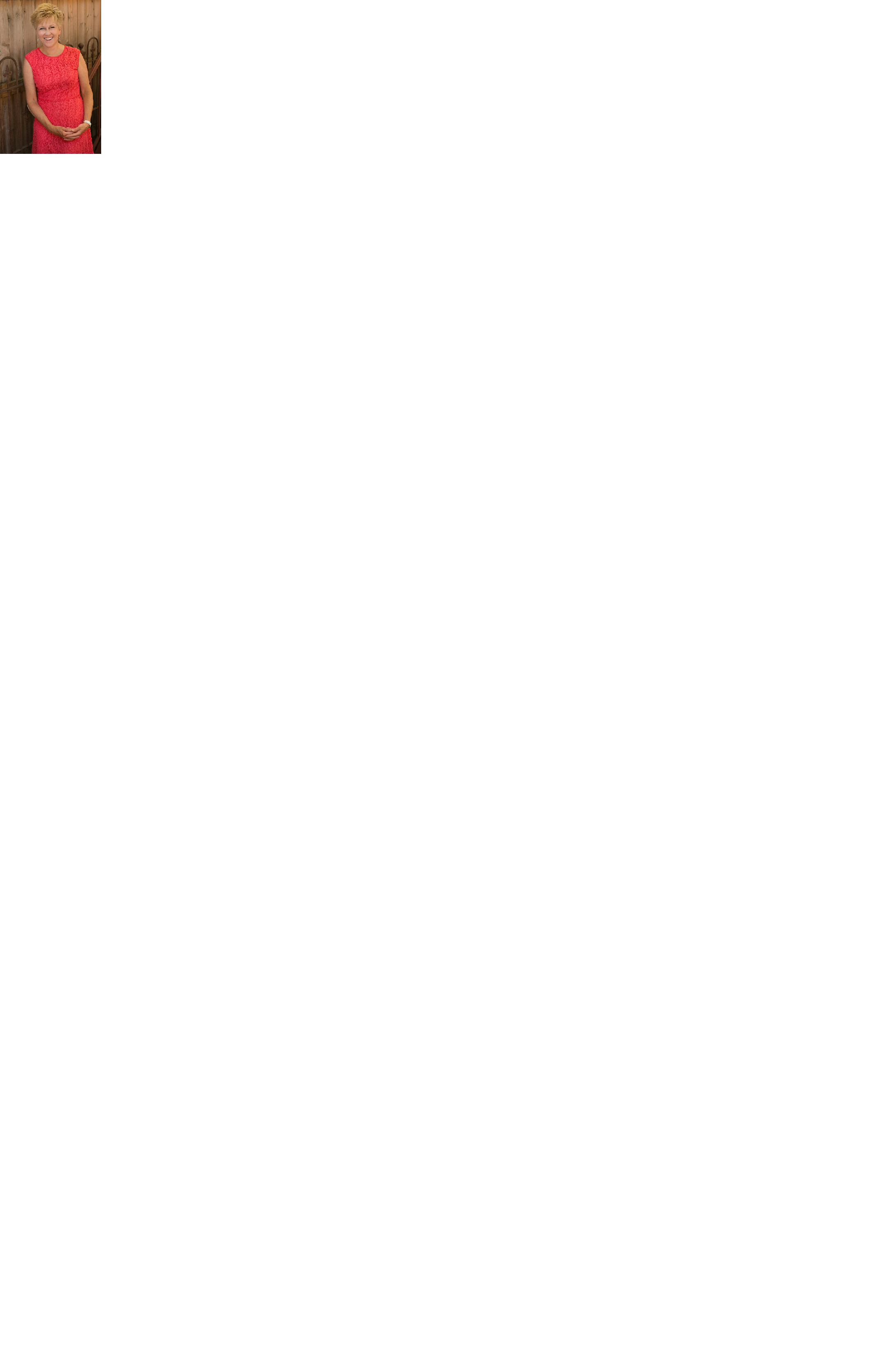 Bernard Wagenseller enjoyed a 20 year career in the HVAC industry before beginning his second career in education. While working days as a contractor, Mr. Wagenseller continued his education at night, earning an Associate's of Arts degree from Bucks County Community College, a Bachelor's degree in Literature from Thomas Edison State University, and a Master's degree in Education from Holy Family University.

In 2012, he was hired as the Executive Director of the Upper Bucks County Technical School, which serves Pennridge, Quakertown, and Palisades School Districts. Under his leadership, the technical school has undergone a $23 million campus renovation project, increased enrollment by 22%, and collaborated with Bucks to design a new Technical Entrepreneurship Degree Program. 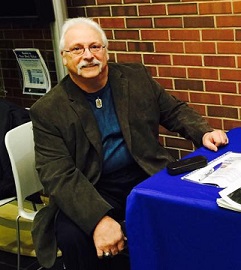 John enjoyed a 44 year radio career in Philadelphia and Chicago. A recipient of the Variety Club's Lifetime Achievement award, John was named Philly's Best Traffic Reporter four times and Best Weathercaster twice. He also was awarded the Philadelphia Milestone in Radio Award for his 30 plus years of contributions to the radio arts in Philadelphia. John has also been honored by the Chicago Red Cross for his fundraising efforts.

John co-authored, with his wife Donna, the award winning book "Why Not? Conquering the Road Less Traveled". A book about growing up disabled and still having a successful career, their book Readers' Favorite award winner and their 5 star rating.

John obtained his bachelors from Mississippi State University in Broadcast Meteorology/Geosciences. He has been married for 37 years to his wife, Donna Goldberg Brown, and lives in Rosemont, Pa. 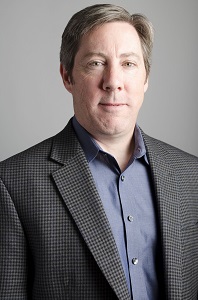 Peter graduated from Bucks County Community College in 1986 with an Associate of Arts degree, received a Bachelor of Arts degree from Temple University in 1988, and received his J.D. degree from Temple University School of Law in 1991. Pete is a business lawyer and partner with the law firm of Semanoff Ormsby Greenberg & Torchia, LLC, with offices in Huntingdon Valley, PA and Chalfont, PA. As a business lawyer, Pete has experience with start-up ventures, family-owned businesses, limited liability companies and 501(c)(3) public charities. He also represents individuals and families in estate and business succession planning and real estate matters. Pete has been named a Pennsylvania Super Lawyer,® a Philadelphia Top-Rated Lawyer® and an Awesome Attorney.®

‌In addition to his legal practice, Pete serves as the President, and is a member of the Board of Directors, of the Business Network Group, as well as a member and former Director of the Eastern Montgomery County Chamber of Commerce. He has taught as an adjunct professor in the Legal Studies Department at Temple University, Fox School of Business. Pete regularly writes and speaks on business and law related topics. When not hard at work, Pete enjoys time with his wife and three daughters. He lives in Wrightstown and is very active in his community and church. 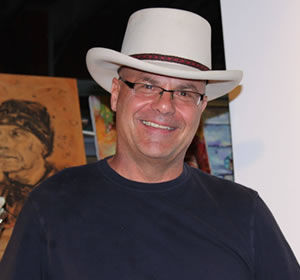 Alan is a highly recognized and award-winning American artist, produces work sought and collected for continuing the Pennsylvania and Bucks County impressionist and plein air traditions. As a painter, sculptor, and poet, he's traveled extensively throughout the Americas and abroad, living and learning cultural values and old-world aesthetics.

Alan's been featured in 35+ solo-exhibitions throughout the region and showcased various creations in over 150 art galleries in places diverse as Carmel, California, Curitiba, Brazil, and Vero Beach, Florida.

As a teenager, Jim knew what he wanted to do in life: own and operate his own health club to help improve the lives of others. From a young age he always wanted to make a healthy impact on his community.

Like hundreds of thousands of others, he began to pursue those dreams by enrolling at Bucks County Community College, where he attended for two years for its convenient location and affordable tuition. Jim then earned a bachelor's degree in exercise physiology from East Stroudsburg University of Pennsylvania.

After working in many aspects of the health club industry for 14 years, his dreams became reality in 1995 when he opened the first Cornerstone Club. His business has since grown to a team of more than 350 employees at three health clubs, a Pilates and yoga studio, a Center for Wellbeing, and a full-service day spa, all located in the heart of Bucks County. He's fulfilling his dream to motivate people to take control of their own health in order to live happier, higher quality lives.

Jim, who is married with four grown children, resides in Holland.

Brandon has been in banking for over 10 years, mainly in the sales and wealth management areas. Brandon is currently the Vice President, Sales Director at PNC Wealth Management in Doylestown. After graduating from Bucks, Brandon completed his Bachelors of Science in Economics at Strayer University and later obtained his Masters of Business Administration in Finance from Holy Family University.

Brandon resides in Yardley with his wife and two children. 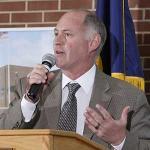 James has been an administrator in higher education for over 28 years, having worked in a variety of positions at Bucks County Community College's Newtown and Bristol locations and at La Salle University in Philadelphia. Jim is currently the Executive Director of Bucks' Lower Bucks Campus. After graduating from Bucks, Jim transferred to Temple University to obtain a Bachelor of Arts in Sociology and later a Master's in Education. In addition to his role as an administrator, Jim has taught a variety of academic courses at Bucks and serves on numerous community boards including the Arts and Cultural Council of Bucks County, the Lower Bucks Hospital, the Rotary Club of Bristol and the Silver Lake Nature Center. He is also a member of the Community Advisory Council at Dow Chemical in Bristol.

Jim resides in Bristol Borough with his wife Kelly and has two daughters, Laura and Diana.