One of the Largest Pre-Stonewall Protests Happened Here in 1968 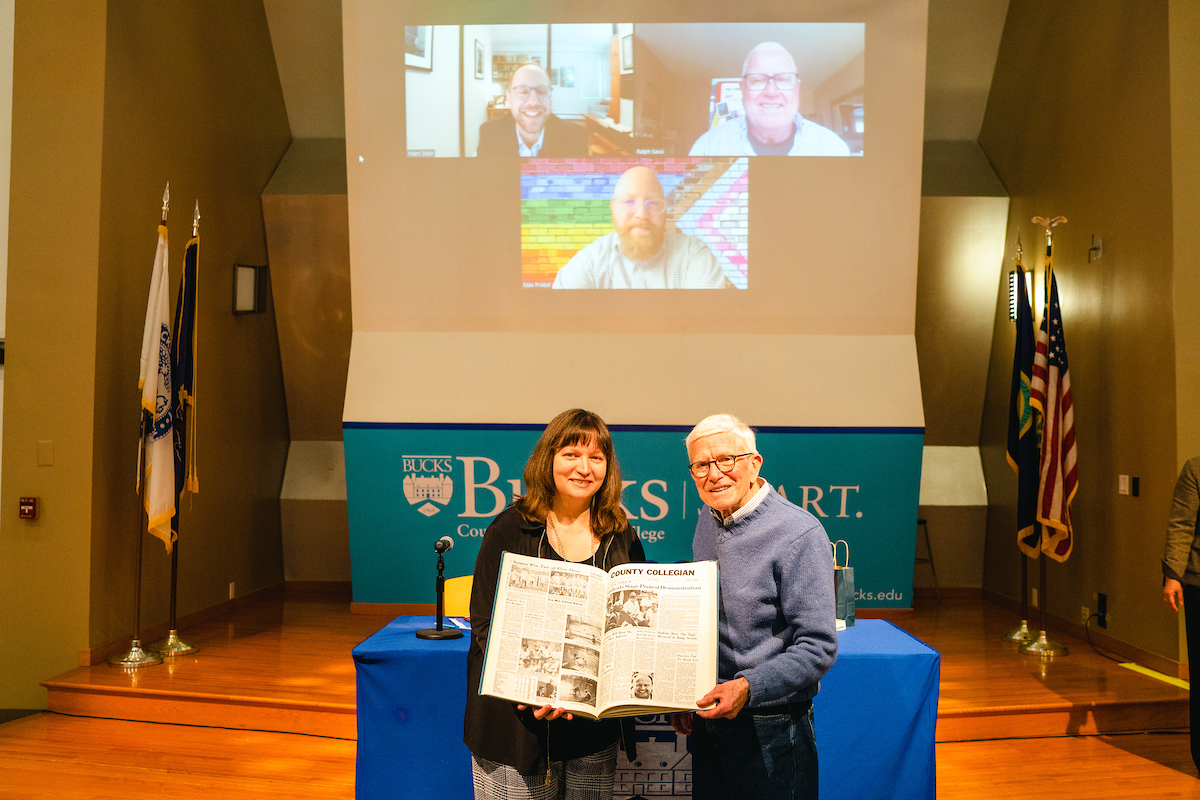 When nearly 200 Bucks County Community College students walked out of classes on May 9, 1968 to protest the administration’s 11th-hour cancellation of a gay rights speaker they’d hired, they didn’t know they were making history. For more than 50 years, the event was nearly forgotten. That is until recently, when a scholar of LGBTQ history found a few mentions in local newspapers about the protest, and contacted the college library to see if there was any coverage by the student newspaper.

Deep in the stacks of the County Collegian archives at the college’s Newtown Campus, librarians found several weeks’ worth of articles chronicling the protest and the subsequent fallout. And that’s when historian Marc Stein documented the event as one of the largest gay rights protests prior to the Stonewall Inn uprising in 1969.

Stein, a professor at San Francisco State University who has published several books and articles on LGBTQ history, presented his unique research at “Bucks Looks Back: Gay Rights History Made Here,” a forum held Monday, May 9, the 54th anniversary of the protest, at the Newtown Campus and on video conference.

Indeed, Ralph Sassi Jr., a Levittown native who was student government president in 1968, said he approved the request by the cultural affairs committee to hire Richard Leitch, a New York City gay rights activist who had made headlines for challenging the city’s ban on serving homosexuals in bars.

“I felt that my job was to represent all of the needs of the students, from whatever was needed to learn and to broaden the educational experience,” said Sassi, speaking on Zoom from his home in San Diego. “I didn’t think anything of having this speaker come.”

But outraged community members thought otherwise, and, bowing to that pressure, founding college president Dr. Charles Rollins canceled Leitch’s lecture just three hours before it was to take place. That led to an hours-long rally in the Tyler Hall courtyard, where Sassi led a peaceful demonstration and discussion with Rollins and the students.

The importance of that protest resonates today.

“Today, this college exists to not only improve lives and opportunities for our students and community, but to expand minds in the truest sense of the word,” added Kelleway. “And 54 years ago today, our students perhaps lit a spark to help us get there.”

Other panelists included Professor Martin Sutton, who has been teaching at the college since it opened in 1965; Professor Max Probst, who has advised the Open Door Club for LGBTQ+ students and allies; and Monica Kuna, the Director of Libraries who played a pivotal role in helping Stein discover the event’s historical significance.

The Bucks County Community College forum was presented by the college’s Office of Community and Government Relations and DEI Programs, and cosponsored by the Open Door Club. For more information, contact Jean Dolan at jean.dolan@bucks.edu or 215-968-8094.