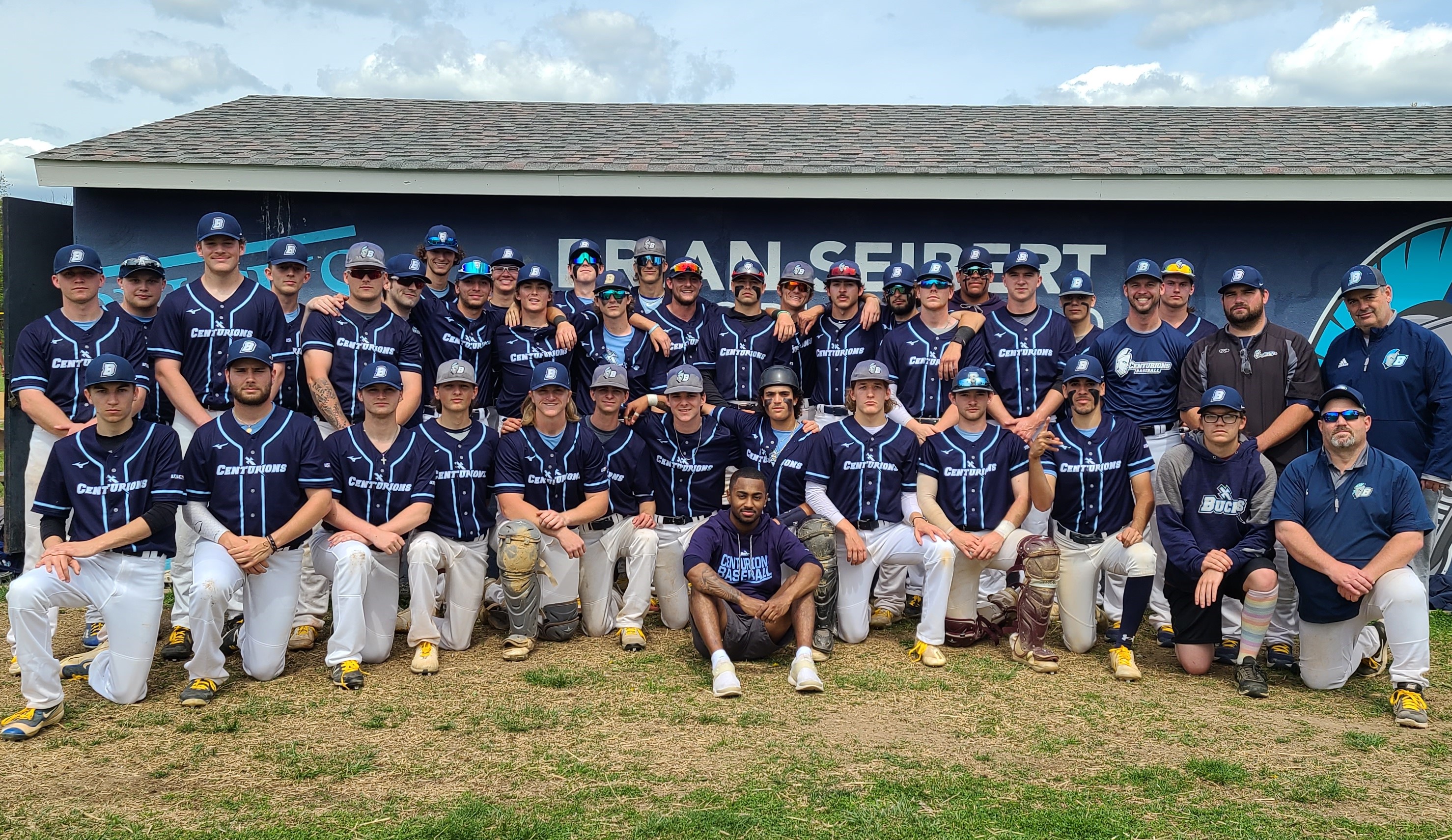 In its first season in the United States Collegiate Athletic Association, the 7th-seeded team finished the double-elimination tournament with two wins and two losses

The Lions edged the Centurions, 8 – 7 at Showers Field, a municipal stadium in the city of DuBois, Pa.

The Centurions had suffered their first loss in the opening game of the tournament, a 3 – 0 shutout to 10th-seed Bryant & Stratton - Albany, Monday. But they rebounded Tuesday with a 12 – 2 shellacking of No. 6 D’Youville, followed immediately by a 7 – 4 victory over 8th-seed Southern Maine Community College.  That set up the tight contest with Penn State DuBois Wednesday.

It was the first time that Bucks had been invited to the tournament, and the first baseball team invited from the new Eastern States Athletic Conference (ESAC). The Centurions received the invitation after they won their first ESAC conference championship by defeating Central Penn 14 – 5 on May 5 at Newtown, Pa.

Led by head coach C.J. Brancato and assistant coach Andrew Lihotz, the Centurions finished the regular season with a record of 26 – 21 – 1.

“The USCAA Small College World Series was a wonderful experience for our student-athletes,” said Matt Cipriano, director of student life and athletic programs. “We’re very excited about the future.”

The tournament wrapped up Thursday, May 19, when 5th-seed Apprentice School captured the third title in school history with a wild 23-17 win over 4th-seed Miami-Hamilton. For more information, visit smallcollegeworldseries.com