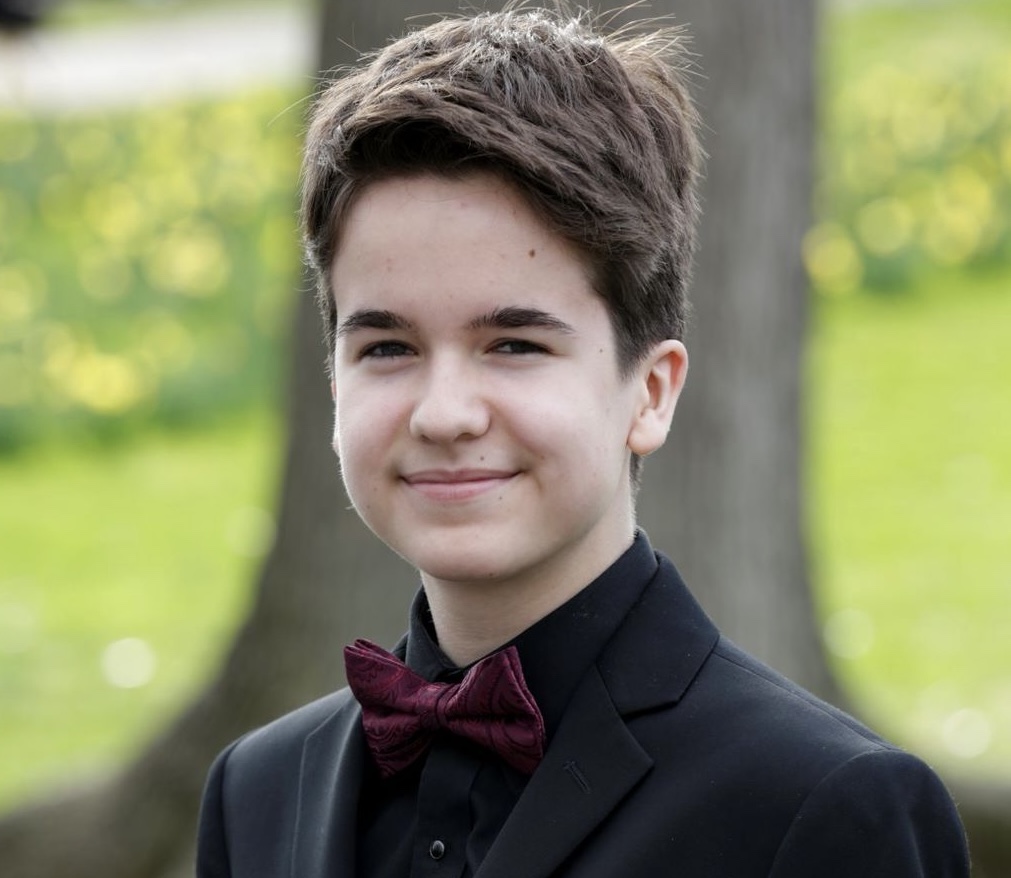 Lauren Burchell, who rose to the top of more than 100 entries, will read from his works Saturday, May 14th from 1-3pm in the Orangery on BCCC's Newtown Campus.

Lauren Burchell, a junior at Central Bucks High School West, has been named the 2022 Bucks County High School Poet of the Year, officials at Bucks County Community College announced. Burchell rose to the top of more than 100 entries in the 35rd annual contest, part of the Bucks County Poet Laureate Program administered by the college.

For the first-place finish, Burchell wins $300 and will be honored with a poetry reading on Saturday, May 14, from 1-3 pm in the Orangery on BCCC's Newtown Campus. The event will feature winners, finalists, and judges. The three poems Burchell submitted for the contest were entitled “One Fish, Two Fish, Girl Fish, Boy Fish,” “Secondary Succession,” and “An Ode to Selene.” The judges were Nicole Steinberg (the current Bucks County Poet Laureate) and Jane Edna Mohler (last year's BCPL).

The three runners-up will also read from their works during the celebration.

The annual Bucks County High School Poet of the Year contest is another way that Bucks County Community College contributes to the cultural heritage of the region. To learn more, visit bucks.edu/poets.

For more information contact Dr. Ethel Rackin, a Professor of Language and Literature at Bucks and the director of the Wordsmiths Reading Series and Poet Laureate Program. Ethel.Rackin@bucks.edu

Sometimes I wish I’d cut off my hair by my own hand,

stuck the soil-colored strands into a used plastic grocery bag

Threw it into a river, let the evidence float away on a current

Maybe the bag will become some

But dear God, at least I’d be alive

If all I have to do to survive is secondhandedly strangle

a fish, then I’d gladly take on the title of killer

I’ve already murdered my past self:

she’s at the bottom of a murky lake now

(I haven’t been to a lake in years)

My mother had three children, braided her iron spirit into our hair

When we were just ripening, she’d take us

everywhere, anywhere, just to get out of the house

One of our most frequented places

was a paradise of a koi pond hidden

inside a health center or hospital or…

But we each chose our favorite fish, tried to find them every time

My mother’s pointing finger led our eyes to them

My favorite was an inseparable pair; their markings burning softly

through the dappled surface of the water

I rarely needed my mother’s murmurs to identify them,

for their uniqueness was what I wished to copy,

something to make me stand out from my sisters

(I didn’t know then I would grow up

But lifespans become cramped within the confines of the indoors

And as a shadow fell over the pond, I could not find my pair of fish

I was inconsolable on the inside; the only crack in my façade

Within a few seconds, my mother pointed out two beautiful fish,

claiming that they were my favorites, child

Did she craft her lie to ease the trouble on my face, or

had she never paid enough attention to know the difference?

The first lie that fell apart like a sandcastle

built too close to the tide’s reaching fingers

There are plenty of fish in the sea

but how many girl fish are there?

How many girl fish are there that like other girl fish

I cast my line, wait for eternity, reel it in,

I cut off my fingers one by one, hoping they like my ring finger best

Impale the digit with the hook, then cast my line again

But girl fish only steal my bait for themselves

I offer these slices of skin just to be robbed

Swimming upstream as you are swept into the rushing tide

Never yours to treasure, to admire

Though they’ll take whatever skin you offer up

and I am the most dedicated ichthyologist

in the last aquarium left standing

(only crossed if at the ankle,

or with an ankle on an opposing knee)

And how they position their hands when they’re talking

or clasped at one wrist,

or all over me)

And how their clothes tumble down their torsos

(flatly across their chest to their stomach)

And yet I’m the one encased in hollow glass

The water is pooling around my knees,

I am the freak show, I am the exhibit

and my captor is my body

(n.) when organisms return to living in an area that was destroyed

If a tree falls in the forest and there is no one around to hear it,

is it even on fire? Are its veiny leaves

slowly curling into char? Are its twisting branches

cracking off, adding fuel to the fire,

the most vicious of cycles?

If you’re not around to call me beautiful,

am I still a vessel of beauty?

Or is it only someone else’s eyes that can

create my allure? Because my toothpaste-spattered bathroom mirror

plays tricks on me so often

So was the only thing that made me handsome

But now, you have left me without the heat of them

Maybe you’re a liar, maybe I am

You witnessed when I fell in love with you; I heard it

when you fell out of love with me:

the melody of a heartbeat slowly steadying; then flatlining

altogether as you rip the cuff off

I hope I didn’t cut off your blood flow, darling

Look: my knuckles are red, too,

until it was just burning me raw

but my hands were imperfectly made, see,

You slipped out of my grasp like an oil spill

while my heart was doused in acetone

An Ode to Selene

My sister and I, we watched the moon rise

Marveling at how quickly it leapt above the horizon

I said it was orange, she argued for yellow

but the honey shade dripped on, oblivious to our squabbling

Our neighbors wandered by us, peeking curiously

at two kids crouched in a ditch, eyes fixed on the heavens

until our murmured directions guided their gaze

My father meandered down the street with an amber bottle

swinging, pendulum-like in his loose grasp,

his eyes unfocused and his embrace warm

The moon above commanded silence, a quiet awe

For nature gives the moon the stage when she is full and golden,

a handful of minutes in a pair of fortnights

Until she breaks above the tree line, snapping us out of our trance,

and all fall back into our lives