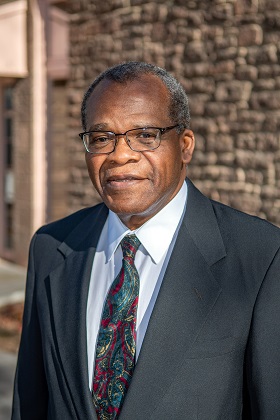 The Yardley resident and Bucks alumnus brings a lifetime of public education service to the college’s governing body. He served as superintendent in the Bristol Borough School District from 2003 – 2011, and before that, was an assistant principal and principal in the Neshaminy School District for a decade. He also served as a special education teacher for the Bucks County Intermediate Unit for 16 years.

“As an educator, Dr. Davis brings unique knowledge and skills which will benefit the college,” said Dr. Stephanie Shanblatt, Bucks County Community College president. “We look forward to his future contributions and work with the college community.”

Dr. Davis is a graduate of Bristol High School, Bucks County Community College, West Chester University (bachelor’s and master’s), and Immaculata University (Doctor of Education). He also served in the United States Navy in the 1970s.

The Bucks County Community College Board of Trustees welcomed Dr. Davis to his first official meeting on February 13. The Board of Trustees meets the second Thursday of the month during the academic year. The next public meeting is March 12 at the Epstein Campus at Lower Bucks, Bristol, Pa. To learn more, visit www.bucks.edu/board.