Bucks County Community College, which has been bringing renowned musical performers to the region for more than 50 years, proudly presents Broadway and concert performer Rebecca Robbins sharing her “Songs & Stories from Broadway” at 7:30 p.m. Friday, October 18. 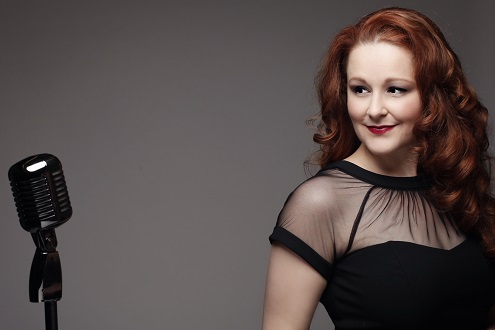 Robbins will share an intimate evening of humorous and heartfelt stories and songs detailing her many adventures while touring with “The Phantom of the Opera” (32 cities, 18 states and two countries over two years), as well as her experiences on Broadway and beyond. The night will feature a set list of Broadway showstoppers, Hollywood classics, unexpected mashups and a few fun surprises. She will be joined by special guest Claudia Pellegrini on violin.

Robbins is a singer, actress and, most important, a cancer survivor. Hailed by critics as a “beguiling songstress,” she has become known for her “virtuoso resourcefulness” in creating characters with “great charisma and nuance,” not only on the theatre stage but in concert as well.  Most recently, Robbins played the iconic role of Paulette in “Legally Blonde” at both the Bristol Riverside Theater and the Walnut Street Theater for a total of 105 performances.

The concert takes place at 7:30 p.m. Friday, October 18, in the newly renovated Kevin and Sima Zlock Performing Arts Center, located inside the Gateway Center building on campus at 275 Swamp Rd., Newtown. Parking is free. The theater is equipped with audio-loop technology for the hearing impaired.

Tickets are $15 general admission, and free for Bucks County Community College students with current ID. In addition, a limited number of VIP tickets are available for $25, including a preconcert reception beginning at 6 p.m. with light hors d’oeuvres and two glasses of wine or beer. VIP ticketholders must be age 21 or older. Tickets can be purchased at www.bucks.edu/tickets or at the door. For group sales, call 215-968-8469.